Getting to Know Sheffield 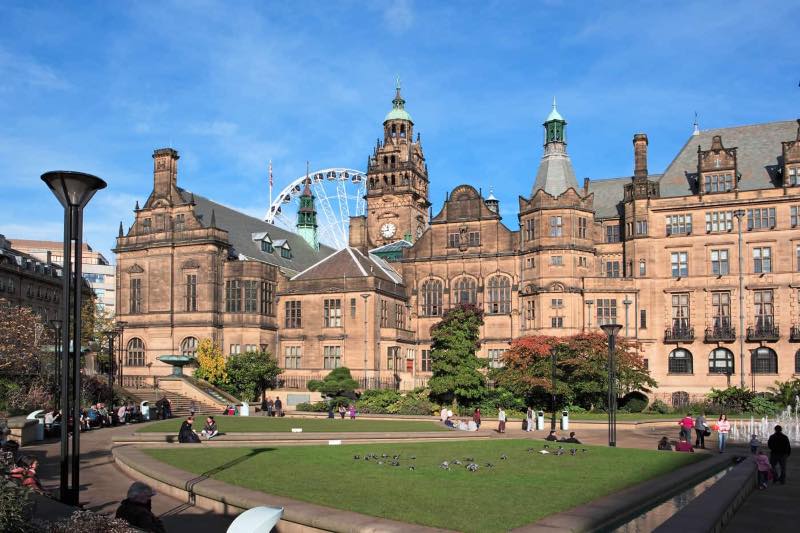 Sheffield is home to one of the best unis in the UK, but is also a fantastic city in its own right. From the nightlife to the galleries, we break down the best of Sheffield below.

Sheffield is full of after dark options. Corp is a can’t be missed Sheffield favourite, and often the first stop on a night out. Blasting Beyonce, Britney, and the Spice Girls, Pop Tarts is one of the best student clubs in the country. For the late-night crowd, Electric Box is the only club that stays open until 6 AM.

Insider Tip: A Sheffield night out is less a heels and dresses, than a cute top and nice jeans scene. Flat shoes are an absolute must due to the hills.  Some people swear by designating a pair of going out shoes, to make sure that you don’t destroy your good trainers.

Known as ‘Notty House’ by the locals, this hidden gem is home to some of the island’s very best homemade pies. Be sure to get there early (especially on Saturdays and Sundays) as some flavours sell out very quickly.
Insider Tip: All of the pies are fantastic, but we recommend a classic chicken and mushroom or a steak and ale pie for your first visit.

Sheffield may not quite be ‘the North’, but it has some of the best chippys in England. Fish and chips with gravy is a Sheffield specialty, and something that you should try at least once while you’re in the city. There are plenty of chippys all over Sheffield, but the top-rated shops are Two Steps Fish & Chips, Poseidon Fish Bar, and New Cod on the Block

Insider Tip: It’s perfectly acceptable to just ask for gravy on your chips, rather than on your fish. Just specify when you order.

The perfect escape for one of Sheffield’s cold winter days, and an ideal day out for one of the warmer ones. The Winter Garden is one of the largest tempered glasshouses in the UK. With over 2,500 plants from around the world, it’s the perfect place to bring a date or while away the afternoon with friends when you’re taking a break from studying.

Millennium Gallery is Sheffield’s destination for all things arts and design. It showcases the metalwork that Sheffield is famous for, as well as art and design from modern artists. Art history and English literature students alike will love the Ruskin collection, a mixture of art and manuscripts collected by famous Victorian writer John Ruskin. It’s perfect fodder for a paper or for an afternoon outside of the pub.

You don’t have to be a part of the outdoors society to appreciate the amazing scenery on display at the Peak District. Filled with villages, towns, and some of the best vistas that the UK has to offer, a walk with a few pub stops in between sounds like the perfect way to spend a lazy Sunday afternoon. Don’t worry if you don’t have a car, the Peak District is easily accessible by bus or by train.

Insider Tip: Don’t put off your trip to the Peak District. So many people say that they’ll go during Fresher’s week, blink, and then realise it’s mid-November. We recommend going sooner rather than later to take advantage of the good weather.

The fantastic part of a city? It changes all the time, which means that the ‘getting to know you’ process never really ends. Whether you’re after a great pie or a look at some of England’s most prestigious artworks, Sheffield has something for everyone. Have you found a hidden gem in Sheffield? Let us know in the comments below.

Any cookies that may not be particularly necessary for the website to function and is used specifically to collect user personal data via analytics, ads, other embedded contents are termed as non-necessary cookies. It is mandatory to procure user consent prior to running these cookies on your website.

Submit the form below to start your booking today.

Your details have been submitted successfully! Continue Booking

Your details have been submitted successfully!